You're probably interested in the BMW 5 Series and the Maserati Ghibli if you're looking for a new luxury sedan with an eye for quality. All offer bold styling, high-performance driving environments, and engine options that compete with most sports cars, along with a range of premium equipment and luxury gadgets. But which one is better for you? We have put together a detailed comparison between the two models, first let's take a look at what’s new with the 5 Series and the Ghibli.

In terms of style, most car manufacturers today are not unusual to blur the lines. From compact SUVs to sporty sedans, driveways, highways and dealerships are full of cars built to be' a bit of this' or' a bit of that.' Follow any line up and you can hope to see full-size sedans emulating the celebrity styling and luxury brand features. And while it's far from being unwelcome, it leads to a bit of a crisis of identity.. and some doubt as to where they're going next.

This makes the design simplicity shown by luxury car manufacturers even more refreshing. Being in their own class, manufacturers like Maserati and BMW also compete more than anyone else among themselves. And while it may be unlikely that a BMW loyalist would move over to Maserati, or vice versa, why not look at their deals relative to each other? Consider the Maserati Ghibli vs BMW 5 Series as examples. Below, we’ll be comparing the two cars through several categories of driver convenience.

Nevertheless, the 5 Series blows the Ghibli out of the water when it comes to safety technology. The Ghibli offers the necessities including a regular backup camera, default airbags on the curtain arm, and additional front and rear parking sensors. But it does not have any of the new security features, such as a head-up monitor, automatic braking forward-collision alarm, a lane-departure warning system, a night vision device, active brake lights, or a multi-angle rearview camera, all of which the BMW does.

The Maserati Ghibli provides a single powertrain option, but the performance varies depending on the chosen trim level. Our primary reason to choose the S Q4 model is that it is the Ghibli's true realization as a luxury sedan car.

The Ghibli is obedient in terms of handling and general drivability with the trademark growl one would hear from a Maserati. The ardent Italian sports car is every inch mixing noteworthy power with fast acceleration.

Under the BMW 540i xDrive hood is a 3.0-liter twin-turbo six-cylinder inline producing 335 horsepower, 332 lb-ft torque and 24 mpg combined (29 highway, 20 city). Just as you would expect from a Maserati to have a vivid atmosphere, the 540i xDrive reflects the quiet, relaxed, and composed mannerisms you'd want in a BMW. (The same can be said for the record for the 530i, powered by a more traditional 2.0-liter 4-cylinder turbocharged.) The top pick goes to the Ghibli. This is by no way to shorten the 540i xDrive, which (especially in terms of fuel economy) is all you would like in a long-drive car, it just doesn't channel the same kind of adrenaline rush that comes with the Ghibli S Q4. 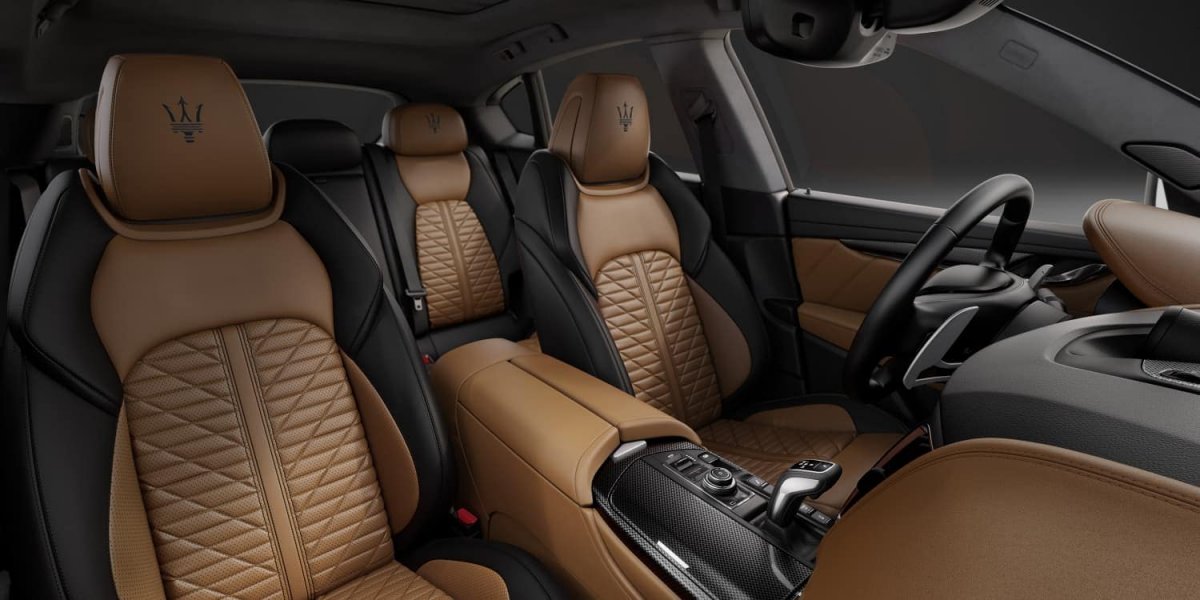 Each project debate is subjective. This is even more true as you contrast cars like these, simple and obedient as corporate dream extensions.

The Ghibli S commands attention with a prowling animal's short, wide position. The Trident logo symbol sticks out on a black-out grill and draws your attention back to the sloping hood right away. The model hits a fine note, using a luxury sedan's traditional cabin style to match the Ghibli's front and rear ends ' innate sportiness.

The 540i is both a standard BMW and a practical BMW. The effect is an elongated look with a rise of 1.0-inches in size. Confident and self-confident, the 540i doesn't pretend to be anything it isn't, but it seems uninspired to rest next to the Ghibli.

Choosing one over the other will always lead in personal preference. This is another triumph for the Ghibli for us. (2:0 Maserati) 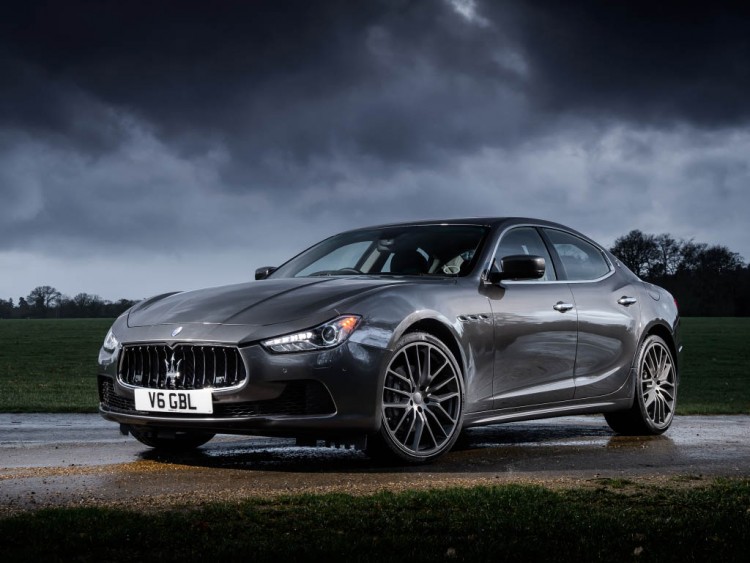 Again, the purpose of this was a contrast of apples and oranges. The Ghibli and 540i stood at almost opposite ends of the spectrum. There is no difference in performance, exterior layout, or internal.

The Ghibli provides a driver-centric ride that is highly stylized. That said, there may be space for rear-seated travelers to be at a premium. Ultimately, the interface is much easier than the 540i design, but not in a way that reduces it. It acts as a decoration if anything and is complemented by some of the interior trimming choices which render it one of the most eye-pleasing interiors we've ever seen.

BMW is considered to have one of the cabin's most luxurious settings, and the 5 Series is no exception. Its spaciousness intensified by the extended length of the car, presenting both drivers and passengers with a magnificent setting. A low-mounted dashboard consists of elongated boards that exaggerate the length of the car. Intuitive control positioning stretches from the center console down through the elevated touch screen allowing it a driver-centered model, yet one that is passenger-friendly.

We have no choice but to call it a tie, but for very different reasons. 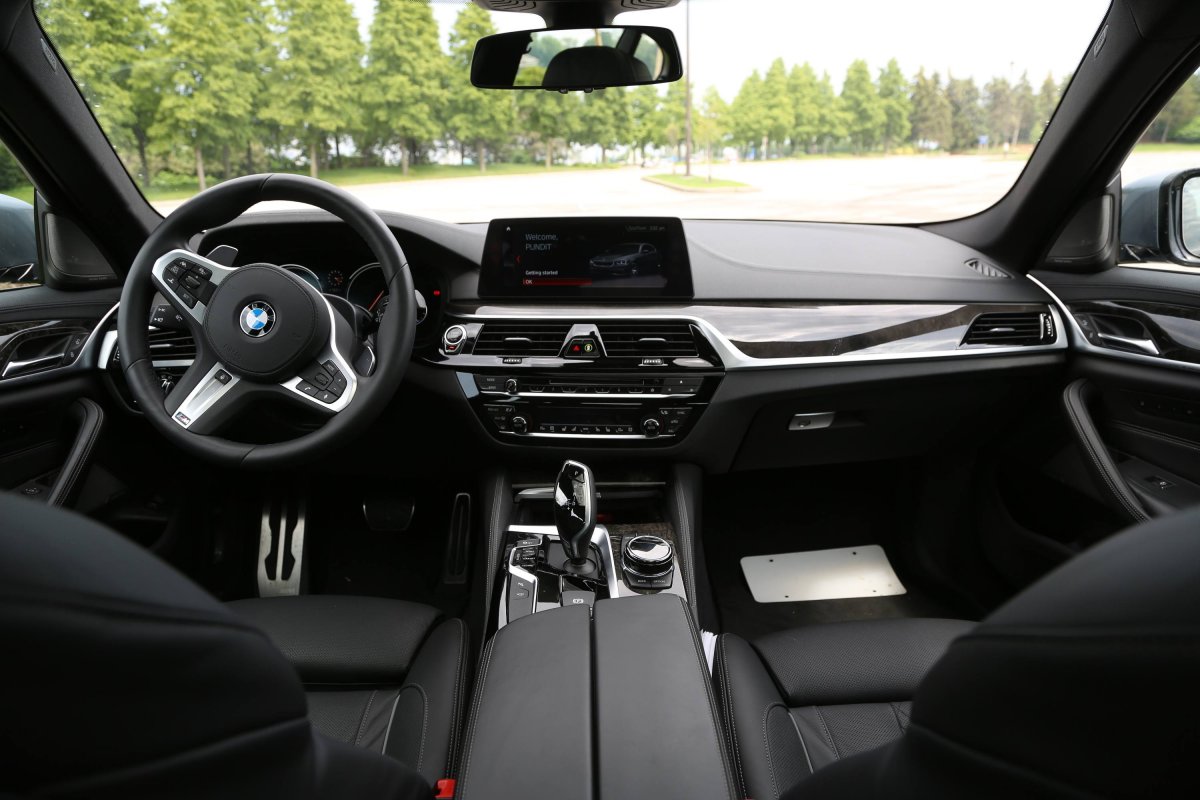 That's the best way to describe it, particularly in the luxury sedan context, where there aren't even some high-tech gadgets that should be ubiquitous in the Maserati. We've already discussed the huge safety features benefit of the BMW, where it offers some unique features over the Maserati like forward-collision notification, lane-departure alarm, night vision and more.

But it doesn't stop there: The BMW also has automatic 4-zone climate control, a rear-seat entertainment system, an integrated parallel parking feature, and adjustable LED headlights, none of which the Maserati has. In fact, we could go on for a while with technological advantages that favor the BMW over the Maserati, but we think you get the point: When it comes to tech, the Maserati lags far behind its more mainstream rivals.

Would you like an 8.4-inch rear-camera monitor with additional surround view? The choice to upgrade a satellite - speaker radio sound system to a Harman Kardon 10-speaker network? Bluetooth compatibility with the implementation of Apple CarPlay and Android Auto? Heated / ventilated seats? Security apps such as blind-spot tracking, cross-traffic warnings and parking sensors with optional improvements? This can be contained in the Ghibli S Q4.

The 540i xDrive sports a 10.3-inch display touchscreen. The 12-speaker sound system, powered by Bluetooth, includes HD radio, Dvd, USB and auxiliary jacks and digital music processing. Attach Gesture Control to BMW, and it's almost too much to accept (and that's before we begin with the upgrade packages).

It's an easy pick for the BMW.

The BMW 5 Series has greatly outperformed the Ghibli in nearly every area so far— except for quality, where the Ghibli is somewhat of a question mark for now. The BMW also delivers a very different driving experience and, in our view, a better-appointed interior— and that does not mean anything about the standard 5 Series GT hatchback body style, which is not provided by the Ghibli.

With a relatively affordable price point, the Ghibli might account for all this, but it doesn't. The Ghibli is nearer to $70,000 while the BMW ends at about $50,000. While in terms of engine power this may be comparing apples to oranges, still highly comparable 5 Series versions are still several thousand dollars cheaper than their competitor Maserati. The quality class winner is therefore a simple one: the 5 Series takes a mile

Ultimately, the Ghibli manages to create in our hearts a slightly larger spot, but that doesn't mean it's going to do the same in yours. So find out for yourself, try out both. While we would like nothing more than to inform you that in this comparative check the hot, thrilling Italian has unseated the masterful, stern German, that's not the case. Instead, this analogy serves to reinforce our conviction that BMW has been so popular in this market for so long as there is a cause.

The Ghibli is outclassed by the 5 Series— and the Maserati is also much more costly. The BMW is more sophisticated, more powerful, and better built, and it comes with many more technology, accessories, and safety equipment, leaving the Maserati to rely on its unique name alone and (admittedly) stunning appearance. But with such a large purchase, no car buyers are that superficial— and as a result, we believe that few shoppers will be swayed by the good looks and steep price tag of the Maserati. BMW's our pick. 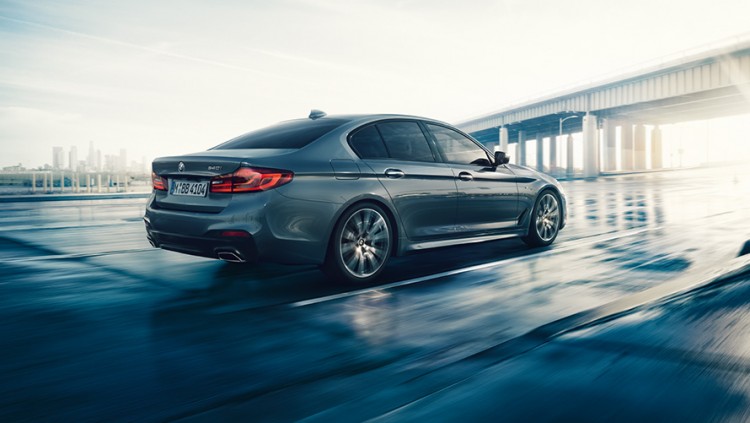